Who Is Your Belief Builder? 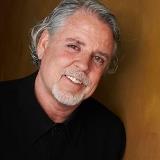 We all know in the mathematical world 1+1=2, but with synergy sometimes 1+1 can equal 7 or 8, etc…
In the early days of launching Jim Rohn International I was reunited with a friend from my home town, Steve Fleming. Steve had recently gone through some challenges and was looking for a fresh start. I gave him a Jim Rohn cassette (haha, yes 1993) and he quickly jumped on board. Phone calls, shipping products, mastermind sessions, and oh yes, did I say phone calls!
In addition to Steve rolling up his sleeves and working side-by-side, day in and day out so we could take Jim’s message to the world, he provided something equally important.
Steve provided vision and belief! Yes, I saw the potential. Yes, I was inspired. And Steve validated both, which is HUGE. He also provided his unique vision and belief for all that was possible.
As an entrepreneur you need that. That is rocket fuel, especially in the early day, to have those along side you not only support you but to also inspire you with their own belief and vision that what you/we are doing is valuable, is important, is BIG!!
Steve did that for both Jim and me.
Who is on your team? Steve’s don’t come around very often so when they do, make sure that you inspire them as much as they inspire you. 1+1 can equal 7 when synergy and belief collide!
To your better future!
Kyle
To receive a FREE lesson each week from Kyle’s book, 52 Lessons I Learned from Jim Rohn and Other Great Legends I Promoted! click here

We have a great free gift for you from Chris Pirillo. It’s Chris Pirillo’s Top 140 Twitter Tips. A straightforward, concise compendium of useful guidelines and helpful hints for every kind of Twitter user, from doing-it-wrong noobs to social media addicts.

Go get your download of Top 140 Twitter Tips and learn more about the next project Chris and I are working on together here.