Stretching the Rubber Band – A Lesson from Mark Victor Hansen 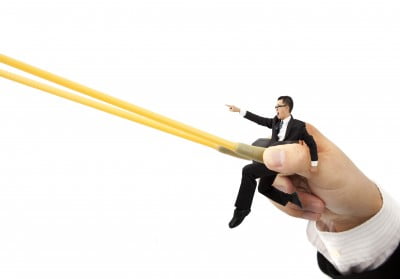 In my creative time this morning, I was rethinking about and reviewing the concept of our thinking and limits we impose upon ourselves. With that in mind today I want to share a tremendous lesson I learned from Mark Victor Hansen on Stretching the Rubber Band! I highly encourage you to take a few minutes to read it.

It was 1995 when I met Mark Victor Hansen. He and co-author Jack Canfield had just completed Chicken Soup for the Soul and were working on the 2nd edition. Mark and I really hit it off and I ended up adding Mark as a featured morning speaker on day 2 of our Jim Rohn Weekend events. Granted Mark and Jim were totally different but Mark brought an energy that was interesting to me; I called it “stretching the rubber band”. Mark challenged people’s current thinking and expectations.

Within a year of meeting Mark we agreed that I would co-author Chicken Soup for the Entrepreneurial Soul, which I’m proud to say we did. Throughout that 2-3 year period we became good friends and dabbled in a number of different projects together.

It was during this time Mark made the bold, outrageous statement that he and Jack would sell over 100 million books together! I smiled politely and thought, there he goes again, exaggerating and over-hyping. He and Jack no doubt had a major hit on their hands, but I couldn’t imagine them doing more than 20-30 titles and maybe 25 million books – at best! I mean that would have been a huge success, 25 million books! Well, was I WRONG! They eventually blew past 100 million and are now well over 150 million books sold, not to mention all kinds of other branding related products, even TV shows.

One of the great lessons I learned from Mark was to think BIG! Stretching the rubber band of our limits of possibilities. To think outside the box and to instill our belief and faith in others and help them believe bigger too.

You’ll have some misses. You won’t necessarily reach all your goals. But one thing is for sure, when you think big and outside of the box by stretching the rubber band and combine that with faith and action, you will see results.

To your Success,
Kyle

To receive a FREE lesson each week from Kyle’s book, 52 Lessons I Learned from Jim Rohn and Other Great Legends I Promoted! click here

PLUS: I have a great free gift for you from Chris Widener. It’s Chris’ Extraordinary LeaderseBook! Also learn more about he next project Chris and I are working on together (and how you can be involved) here.