Ron White Said it Was The Greatest Day of His Life! 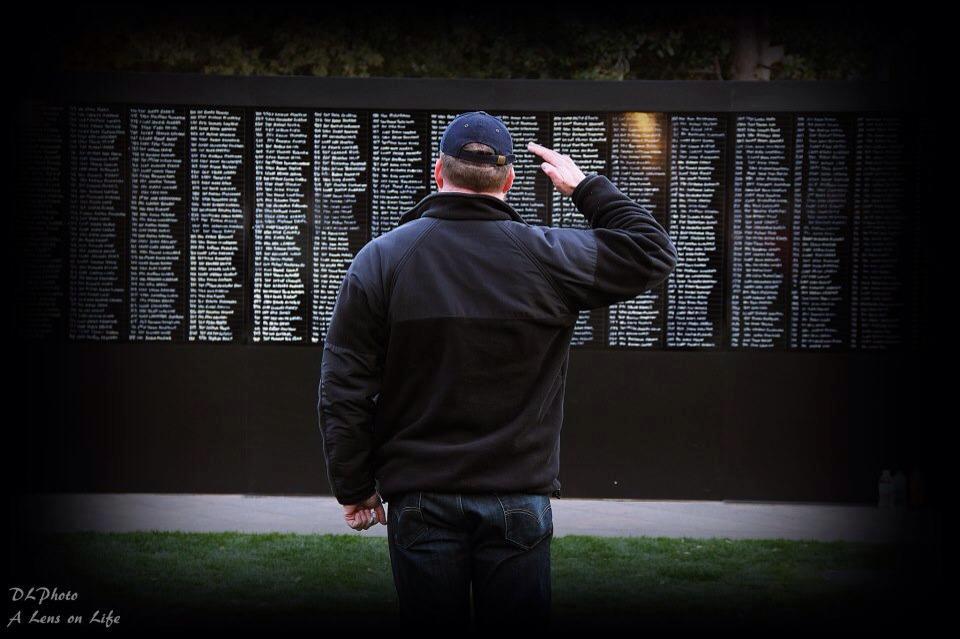 10 months ago I was at a baseball game with my long-time, good friend and two-time US Memory Champion, Ron White. If you know Ron, you know baseball is one of his passions.

As we watched the game, Ron shared his intricate and very detailed plan to memorize over 2,200 fallen soldiers names and rank from Afghanistan. He wasn’t going to just memorize them though, he also planned to write each soldier’s name and rank on a huge memorial wall he envisioned and planned to create. It sounded like not only an amazing and unbelievable task, but seemed beyond daunting, not just to me but to Ron as well.

Ron knew this would be the project of a lifetime!

For his training (in his spare time – yes, Ron has a full time speaking business that takes him all over the world), Ron spent hundreds and hundreds of hours training for the big day. You may have even seen some of his 2 am posts on Facebook in the months preceding.

It truly was a herculean accomplishment!

And the honor for Ron, a former Afghanistan soldier himself, was to let every family member, all those who watched or have since heard about his special tribute and most especially the heroes themselves, to know…

You Are Not Forgotten!

The day started early… at 5:30 am. In the darkness and crisp, cold quiet of the morning he worked to set up the tribute wall (Ron had envisioned, commissioned to be built, transported and personally paid for this unique memorial). Ron then began his 10 hour journey of meticulously writing out the rank and name of each fallen soldier, all by memory. Ron said if he could have verbally said each name it would have only taken 3 months of training and preparation, but writing out and ensuring the correct spelling of each person turned into 10 months of training.

Ron finished around 6 pm that night, having braved the elements, distractions and a very sore arm. After writing the final name, he then made his way back to the center, faced the wall and slowly made a very emotional salute to his fallen comrades!

It was done. 10 months of training, preparation, focus and passion were now invested into this noble, incredible act.

Our good friend Chris Widener flew in from Seattle and we both were able to witness and support Ron on this special day and celebrate afterwards. Truly an honor to be there.

The following day we reconnected with Ron and he humbly told me, that for many, many reasons, February 28th may have been the greatest day of his life!

Ron’s vision, passion, focus and determination has touched and inspired me, and hopefully you as well, to look past our limitations and to then identify and boldly achieve worthy goals.

Ron thank you for inspiring us all!

By the way, Ron insists his incredible memory is a skill set he has learned, developed and has been training others to do the same now for over 18 years.

I asked Ron if we could take his best-selling Memory in a Month program as well as several other bonuses and products (including his Speed Reading course and more) and bundle them together into an incredible package for less than one hundred dollars. He said yes, as long as 100% of his portion of profits go to the Wounded Warrior Project. Lessons From will donate a percentage of the sales as well.

Ron wanted to make sure he would not be viewed as profiting from his most recent tribute. I assured him this one is on me. So my purpose is 3-fold: 1) I want to share this incredible story, 2) have people benefit from Ron’s package and 3) support the Wounded Warrior Project.

Watch Ron’s video (it’s from last year)… plus we’ve added some amazing bonuses (scroll to the bottom of the page after the video) that make this truly a special offer.

Whether you’re in sales, a student, a leader or just want to learn how to Remember People’s Names the First Time You Meet Them, Memorize Numbers, Speeches, Playing Cards and Everything Else, this program has the solutions.

To learn more go here. And remember Ron is donating 100% of his profits to the Wounded Warrior Project.