Inspect What You Expect! 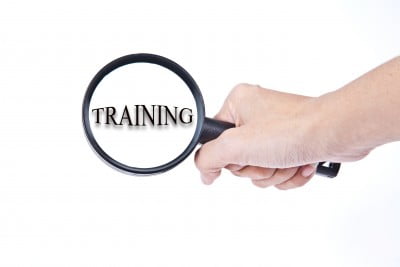 We were doing incredible revenues. We had a staff of 20, but I kept blowing through office managers.

Admittedly I was not a “manager” by any stretch of the imagination. I was a marketer, a promoter, and entrepreneur…. but not a manager. So I attempted to solve this glaring weakness by hiring the right person, throwing them into the fray and basically saying “good luck”.

I was, in fact, following good advice of focusing on your strengths and not your weaknesses, but somehow it wasn’t working in this particular scenario of finding and keeping an office manager.

Now when it came to hiring, I tended to attract and be attracted to fellow entrepreneurs. We seemed to be on the same page, plus they were always motivated! But oddly enough over a period of time I would find myself having the same issues when it came to management and structure. Can you relate? Have you ever been there before?

Enter Paul J. Meyer. I not only met but had the opportunity to spend two remarkable days with the man. Paul was the founder of SMI, Success Motivation Institute. And Paul was an entrepreneur deluxe!

During those two days, Paul shared so many great sales and marketing stories. The lessons were remarkable. I soaked in every word. But what most intrigued me about Paul was that he currently owned and was running over 40 companies, not to mention numerous investments!! He was an entrepreneur EXTRAORDINAIRE, I was an entrepreneur in training. He had 40 companies. I had one. Yet he seemed to have less stress in his life than me!

So I asked him how a man as busy as he was could possibly successfully run 40 companies and still have time to meet with me for 2 days. What he shared forever changed how I approached running a business.

First, he said, don’t hire entrepreneurs. You’re usually either training your future competition or they are just using you as a stepping stone. He said hire hourly folks who don’t want the burdens, risk or stress of owning their own business.

Second, train them! Most people think of delegating as relegating. No, delegating is training and mentoring.

Third, he said, inspect what you expect! Don’t just train and walk away. Have ways to measure and inspect results. From this simple formula he was able to train and mentor managers and leaders who then went on to run many of his new companies.

For me the lessons were life and business changing. The transformation, and more importantly the long term team and systems we were able to build, were one of our biggest accomplishments as a company. Not only being able to train and mentor new staff, but also being able to grow and cultivate leaders, implement high accountability profit sharing, identify and accomplish team goals and then as a company CELEBRATE on a large scale.

The sense of team we created at Jim Rohn International was amazing! The celebrations and profit sharing were cherries on top!

In this area, business and sports are parallel. The best “team” usually wins! They love coming to work every day because they have something to play for and their contribution is needed! The team is playing for a common goal – usually some kind of championship or title. This is another powerful reason setting company goals and having rewards is so important. It is a unifying experience; people are playing for each other and playing to win!

Ask yourself, am I training up future leaders with whom I can eventually just inspect what I expect, or will I have to start over every few months or years because I relegated versus trained and duplicated?

Let me assure you, it’s worth the investment. Your future business growth depends on it!