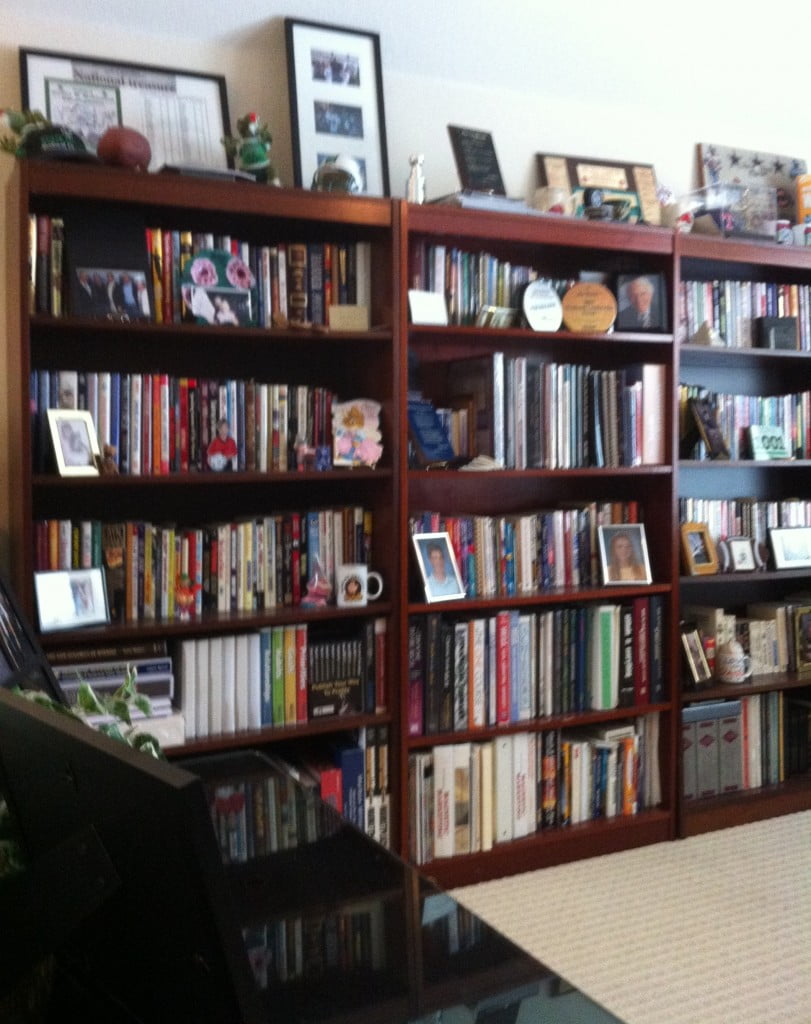 I love quotes, especially the really impactful ones, so let me start with a few of my favorites from Jim (Rohn):

“Miss a meal if you have to, but don’t miss a book.”
“Books are easy to find and easy to buy. A paperback these days only costs six or seven dollars. You can borrow that from your kids!”
“The book you don’t read won’t help.”
“Everything you need for your better future and success has already been written. And guess what? It’s all available.”

Fortunately early on in my sales career I was immersed in encouragement to become a life-long, self-growth learner. Even before meeting Jim I started reading a few sales books like Mastering the Art of Selling by Tom Hopkins and The Magic of Thinking Big by David Schwartz. Then once I had the opportunity to start working with Jim I became what he called the 3% versus the 97% that couldn’t be bothered to learn and grow. The 3 books he recommended starting with were the Bible, The Richest Man in Babylon and Think and Grow Rich.

A few short years later I had booked Jim to speak in North Carolina and the host for the event was Jeffrey Gitomer. This was 1994 and I wasn’t familiar with Jeffrey, but the more I got to know him the more impressed I became. He was a weekly contributor on sales skills in the Charlotte Business Journal and a few years after that he had a weekly column in over 80 Biz journals around the country. How do you write a fresh weekly column on sales for 20 years straight? You have to be an avid reader and student. That first meeting, Jeffrey invited a group of us to his home and the first thing he showed us was his extensive library. He literally had over 100 books that were at least 50 years old, just on the topic of sales. He could pick up any one of these classics and tell you all about it, the author and what he had learned! It was impressive and made an equally impressive impression on me.

Fast forward a few more years when I had the privilege to spend a few days in Waco with Paul J. Meyer, founder of SMI. One of the goals Paul set was to give away a billion dollars before he passed. I’m not sure he hit that number before his passing, but I do know he was within striking distance. When I arrived at his home, he took me to his office/conference room. It was very large and was surrounded with white shelves, floor to ceiling filled with over 5000 books, all in order by topic. It was obvious Paul built his office around his library. This was the environment he wanted to be surrounded and influenced by every day. In SO many of the incredible ideas he shared during those two days he would reference a book he had learned a lesson from or had given away, and the stories that came back as a result. I left inspired to one day have a similar home office and library at my finger tips to help me and others.

Then the man of men that loved books like no other who influenced me was Charlie “Tremendous” Jones! He lived, talked and breathed books. When I would pick him up at the airport he would read a book to me in the car (mostly Oswald Chambers). When my family and I went to visit him in Pennsylvania we spent almost the entire day going through all his multiple libraries. He had his own bookstore and 2 warehouses full of books that he sold to various sales organizations (including many of our Jim Rohn titles), but his personal library was amazing. He had thousands and thousands of books with hundreds of first editions dating back to the 1700 and 1800’s; dozens of books on Lincoln, Jefferson, Oswald Chambers. Each one he would pick up, kiss and tell you, with passion, lessons he had learned from these books. When Charlie spoke at events, including two of our big 3-day events, his topic was always about books. His passion was real!

I wish I had the same amount of Passion as Jim, Jeffrey, Paul or Charlie. I don’t yet but I’m working on it. I’ve built a library I’m very proud of (in the thousands) and still aspire to someday have an office like Paul Meyer’s where I have 5,000 books surrounding me in a conference room large enough to hold them, all organized and ready to pass on or reference when needed.

Books and large libraries aren’t the end game as we all know. But if they can help us gain and pass along wisdom from others who went before us, they truly are a treasure.

I leave you with 2 more truisms on books and libraries:

“I now have one of the better libraries. I admit that I haven’t read everything in my library, but I feel smarter just walking in it.” –Jim Rohn
“You will be the same person in five years as you are today except for the people you meet and the books you read.” –Charlie “Tremendous” Jones