From the Ashes to Selling Company for 80 M 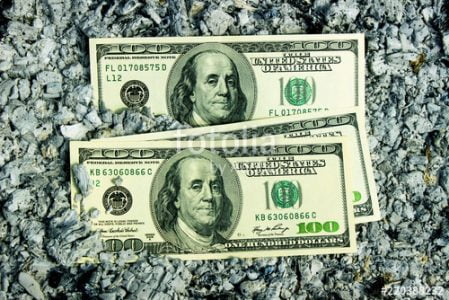 Paul has such an amazing entrepreneurial story that continues to inspire me!

Paul was part of a successful company that was on the verge of going public around 2006. Through a whole series of events Paul and his biz partner went through a divorce, then followed by the business climate of 2008, Pau; ended up lost virtually everything.

I was coming off having just sold Jim Rohn Int and Your Success Store and started meeting with Paul to see if I could help in anyway.

In addition to consulting I loaned Paul 61k seed capitol for his new company. It was more of personal loan on part. I wanted to see him get going again. That company and the one after didn’t make it.

Paul and I would still meet on occasion as he was paddling away to get back on his feet. The guy was still optimistic, full of faith and still being a true friend to everyone in his world.

He made the comment to me once  when we were meeting that I will never forget,

“Kyle, I’m going to make it for me and for all my investors or I will die trying.”

WOW! He meant it and it showed through.

So it was such great news when he called me in March of this year and said he was in the process of selling his new company he had focused on the past 5 years FOR 80 Million dollars. Again, WOW!

And then a month later he sent me a check for 5x what I had personally loaned him in 2008!

What an amazing guy and his story still continues to inspire me!

NEVER ever give up. Never change your values. Keep believing. And know in your heart ahead of time when you succeed you will handle the success in all the right ways.

I’m beyond honored to have Paul part of my Inner Circle and also a new mentoring program in 2017 (related to getting your story out through a best-selling book, speaking, building an audience etc). Its 70% full and I’ve not even publicly announced it. Its only been available to my Inner Circle group.

If you want to details on either the Kyle Wilson Inner Circle or the new Mentoring group please reply and let me know and I will email you details.

As Jim Rohn would always tell me, Let’s Do Something Remarkable!

Author of Chicken Soup for the Entrepreneurs Soul, 52 Lessons I Learned From Jim Rohn and Other Legends, Don’t Quit and Publisher of dozen of books including multiple titles from Jim Rohn, Chris Widener, Denis Waitley and most recently Passionistas: Tales, Tips and Tweets From Women Pursuing Their Dreams.